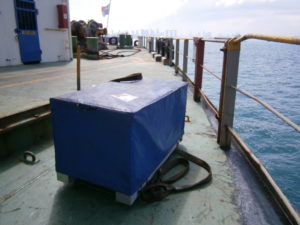 New equipment now based in Singapore has been used for the first time. It was used to remove a broken stud from a 600mm bore 2 stroke engine on a bulk carrier. Previous attempts to remove the stud had been unsuccessful including one where the unit had been stripped to gain access.

The job was completed while the vessel unloaded cargo without removing any parts from the engine.

The light weight of this heavy duty equipment makes it ideal for air freighting to vessels at other ports in the region.